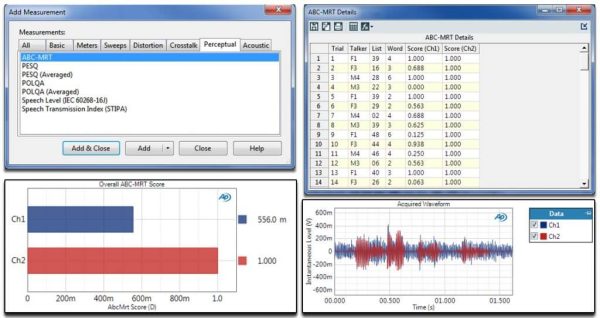 The purpose of communication systems is to transmit information via speech. As such, the intelligibility—or comprehensibility—of the transmitted speech is of utmost importance. One of the more precise definitions of intelligibility is the proportion of speech items (words and/or speech sounds) uttered by a talker, and sent via a communication system, that can be recognized by the listener.

All prices are without VAT

Any cookies that may not be particularly necessary for the website to function and is used specifically to collect user personal data via analytics, ads, other embedded contents are termed as non-necessary cookies. It is mandatory to procure user consent prior to running these cookies on your website.